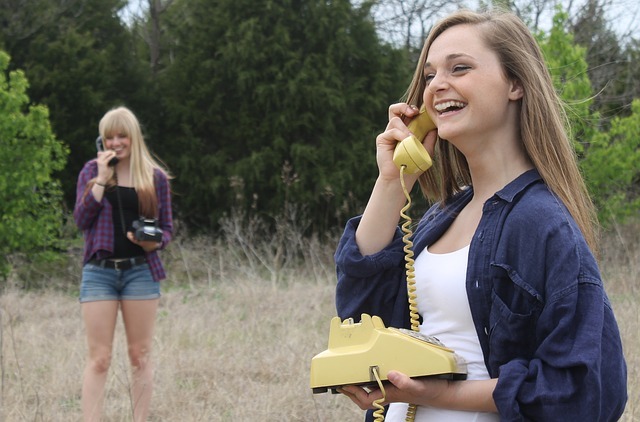 Last week I took part in a webinar given by Steve Mills, a business results coach.  During the webinar he described the ten keys to growing your business. In order to achieve better results, he said, we need to do things we aren’t doing now. One of these is making phone calls. But some people don’t like using the telephone, Steve said, so for them it’s about overcoming call reluctance.

In order to increase your sales, you need to be comfortable calling people in your network – people you’ve met through networking or connect with on social media, including current prospects and past clients. Steve emphasized how important the telephone (well, smart phone these days) is as a business tool. He calculated he’d achieved business worth about £60k over a year as a result of speaking to people on the phone.

A basic human fear of rejection lies behind call reluctance, it seems. After Googling the term, I saw that various organisations offer training  to help with overcoming call reluctance. There are positive steps you can take to reduce it, as Connie Kadansky at Hubspot explains in her blog on cold calling.

So far, so good. But what would you say to someone who won’t use the phone? Indeed, they have no experience of using it, because they communicate solely by text messaging? A friend of mine who works for a local county council interviewed a nineteen-year-old for a job recently. During the interview the subject of making calls came up. This was because the job involved using the phone regularly. The candidate should have been ruled out if they couldn’t overcome call reluctance and use the phone as part of their work.

Being a person of mature years, call reluctance is foreign to me: in my teens and into my twenties, I remember being on the phone to mates and friends endlessly. It used to cause arguments at home because nobody else could use the phone for hours while I was on it! OK, we didn’t have smart phones then. But if you’re used to communicating by phone, overcoming call reluctance may not be as big a problem as it obviously is for a nineteen-year-old with no phone experience.

What’s the solution? I’m guessing this isn’t an isolated case and there are plenty of nineteen-year-olds who text all day long but don’t phone at all. Texting is a very different type of communication with its own linguistic characteristics; so for them it’s a big step overcoming call reluctance and developing a confident telephone manner.

Perhaps there’s a need for more focused coaching, in school and through career and employment organisations, to help young people overcome call reluctance and become confident making telephone calls? Of course, you can read books about increased prospecting but that’s a stage beyond offering advice on using the telephone to prepare yourself for work.

Steve Mills is right – the phone’s an essential verbal tool because ‘people buy from people’. We need to build relationships, so talking on the phone is next best to having a one-to-one meeting. Once you’ve established rapport, the other person should feel confident enough to buy  from you, whether it’s a window-cleaning service or something else.

Don’t get me wrong – text messaging has its place, just as emailing or posting on social media do. But human beings are social animals and we need to use our verbal skills too, so we don’t lose them. That’s why overcoming call reluctance and being able to communicate by phone – whether to increase sales or just make somebody smile – is vital.

Our story has a happy end – my friend saw that the nineteen-year-old candidate had many great attributes and she was taken on. This friend then spent time teaching the new employee how to overcome call reluctance and become confident on the phone.

Badly worded signs are misleading. There are plenty of examples of such signs. But, mostly,…