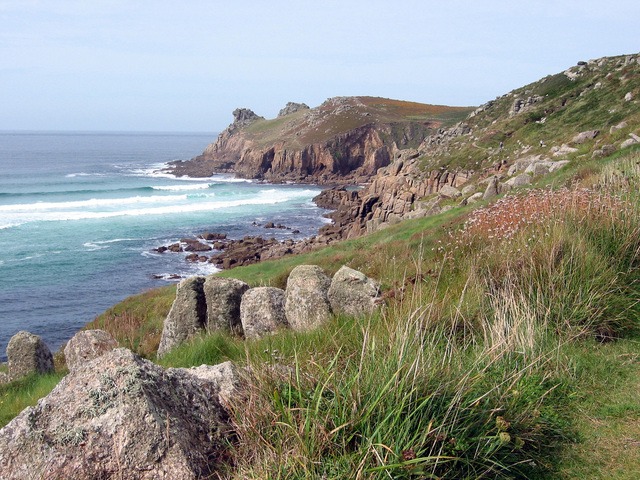 I find people often have trouble using apostrophes in the right way. Here are three examples of incorrect usage –

In the first two, the words in bold are plurals and plurals don’t need apostrophes. In the third, mens is possessive and means ‘the room of the men’ so it should have an apostrophe. The correct versions are –

If you’re interested to know when you should use apostrophes, The Plain English Campaign instances three main occasions when they should be used –

But things are seldom straightforward: there are often exceptions to times when you should use apostrophes. Many relate to place names. In September last year Cornwall County Council decided, as part of a review of electoral boundaries, to change the spelling of Lands End to Land’s End. Whether or not you agree with this depends on your point of view and whether you believe Land’s End is correct, denoting possession – ‘the end of the land’ – or you think it’s the unique ID of a place called Lands End. Just to complicate matters, Visit Cornwall is still showing Lands End without an apostrophe, and Lands’ End, the American casual clothing brand, makes Lands plural in its brand name.

Looking at place names elsewhere, there’s little consistency about the use of apostrophes. For example, correspondents on this language forum instance the city of St Albans in Hertfordshire but St Alban’s Head on the Dorset coast. If you’re travelling on the London underground you can go to Earl’s Court using an apostrophe, or Barons Court without using an apostrophe. And King’s Cross is commonly spelt both with and without an apostrophe.

The apostrophe should be cherished!

In 2013, Mid-Devon County Council caused public outrage when it proposed removing apostrophes from street signs. The public outrage was echoed by no less than the Department for Communities and Local Government (DCLG). A spokesman said, ‘Whilst this is ultimately a matter for the local council, ministers’ view is that England’s apostrophes should be cherished’.

I know text-speak commonly ignores apostrophes – and other punctuation – but I don’t think that means apostrophes should be swept away across the board. I’m with the DCLG’s spokesman – I think using apostrophes assists our understanding of the English language and removing them would leave our language the poorer. However, decisions about when (and if) you should use apostrophes is not in our collective gift: the English language has always evolved organically and not as the result of decisions made by regulatory bodies – and that’s why it’s such a delightfully rich and versatile language.

If you love the English language …

If you’d like to know more about how our language has evolved, read Emma Bates’ (with an apostrophe!) excellent article Why I Love the English Language. As she says, ‘The only effective way to influence the language is to be good at using it’.